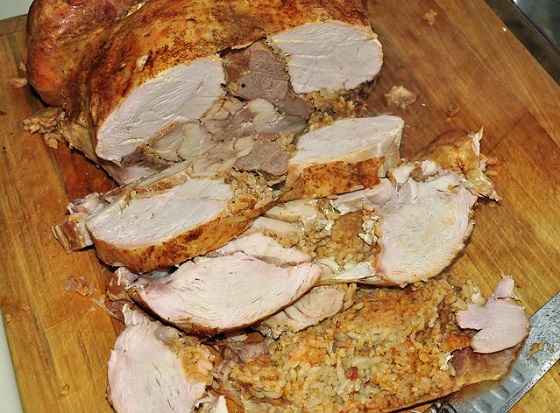 A recipe for a turkey, stuffed with a duck, a chicken, and dressing. The juices from the duck and the sausage stuffing really help to add flavor to the turkey.

Prepare seasoning mix and set aside:

*Notes: The Turducken will need to cook for approximately 9 hours at 225 degrees F so begin preparation well in advance. The fowls can be de boned the day before and kept refrigerated overnight. Save the turkey carcass for making stock and some duck skin to render fat. You can make the sausage stuffing the night before and store it in the refrigerator, but it helps to warm it in the microwave before final assembly. This is one dish from Cajun country, that if you ever have the time and patience, is well worth trying!